All Walks of Life: RTÉ One Series

The original article is available here. 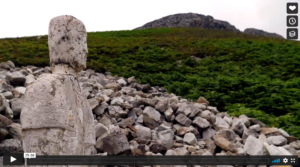 In a brand new series, former President Mary McAleese brings a fascinating and diverse selection of people from All Walks of Life on spiritual journeys along some of Ireland’s most stunning and ancient pilgrim trails. Tapping into her own sense that Irish spirituality is uniquely rooted in our landscape, the former President talks to her walking companions about how life has shaped their values and beliefs (or lack of them), and how, in turn, those values have shaped their lives.

Paul Alford was born with a mild intellectual disability and grew up in institutional care away from his family. He tells Mary McAleese about his fight to work in the community, travel independently and get a place he could finally call home. Paul and Mary do the turas together in the stunning Gleann Cholm Cille, Co. Donegal.

Turas Cholmcille is named after St Columba who lived and prayed in Glencolmcille 1500 years ago. One of Ireland’s patron saints, who is said to have brought Christianity to Scotland, he was exiled to Iona where he founded an abbey. Today pilgrims still follow in his footpaths to do the 15 turas or stations of this beautiful Donegal walk.

As Mary and Paul set off on their pilgrimage, he tells her about growing up in the 1960’s, when it was common to put disabled children into institutional care. ‘I had a family living in East Wall, but I never lived at home’, he tells Mary. ‘I was always away at these boarding places. It was a hard life. You lived in dormitories and if you didn’t behave you were hit with a cane. I felt upset and used to get distressed a lot, but I used to see my parents at the weekends. My mother and brother used to come out on a bicycle and bring me a few sweets and have a chat with me.’

Paul lived and worked in residential care for over 50 years, but always dreamt of a more independent life out in the community. As an adult he became involved in advocacy work for people with disabilities, because he was unhappy with the living and working conditions.

Paul has now worked in Inclusion Ireland for over 14 years and has traveled the world on his own. He has also finally been able to buy his own home.

Living in institutions for so many years had a profound impact on Paul’s relationship with his parents. ‘I was angry with my parents and I thought that they were like strangers to me, because I never lived at home in my life. I loved to see them, I loved my mother and father, especially my father Jim – he was a nice man. I would pray for them and I think they are looking down at me. They would be proud of me getting my own house and having a proper job and wages. I have surprised myself at getting this far, I thought I’d never achieve this in my life’.

We are using cookies to give you the best experience on our website. You can find out more about which cookies we are using or switch them off in settings.

This website uses cookies so that we can provide you with the best user experience possible. Cookie information is stored in your browser and performs functions such as recognising you when you return to our website and helping our team to understand which sections of the website you find most interesting and useful.

These functional cookies ensure the smooth running of our website and are enabled at all times. These are used for Google Fonts, Google Maps and Google ReCaptcha.

This website uses Google Analytics to collect anonymous information such as the number of visitors to the site, and the most popular pages.